Mother Nature is not a garbage disposal

Hannah Jenner checks in from the 5450 mile Transat Jacques Vabre race from Le Havre, France to Itajaí, Brazil with an update on marine debris, plastics and not throwing any trash overboard. Here is her report from onboard the Class 40 Team 11th Hour Racing… 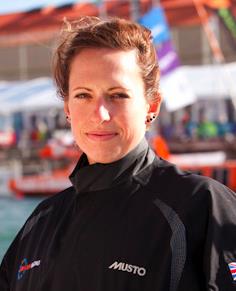 I admit it, in January this year I was one of those offshore sailors who threw soda cans, paper, magazines and glass over the side flippantly, taking it for granted that in a couple of weeks the salt water would have taken care of it.  Mother Nature’s own garbage disposal.  Although seeing plastic floating on the water horrified me and I have never been guilty of that, I didn’t really stop to think about what I was doing.

After becoming an ambassador for 11th Hour Racing and competing in the Atlantic Cup – a first of its kind carbon neutral sailing regatta – I began to think about how disrespectful I had been to the ocean despite being immensely passionate about the incredible environment I sail in.  After Rob and I sailed across the Atlantic in June this year throwing no trash over the side at all and making note of the floating garbage we passed it now makes me so angry to think that anyone would find it acceptable to turn our oceans into a wasteland.

Today we began our data collection for 5 Gyres and within minutes we had spotted a plastic bottle and some styrofoam floating on the surface.  Both had marine growth on them enough to suggest that they had been floating around for some time.  Sadly both will still remain drifting somewhere in the ocean for all of my lifetime and that of the next generation and the one after that.  Is that really the legacy that we wish to leave?

I wish I could bring all of you out here to see what an incredibly inspiring place the ocean is.  When you are on a small 40 foot boat watching marine life play in the waves, waves that each possess their own fascinating characteristics and colors, it’s hard to believe that intelligent humans would ever even consider polluting this environment.

It is now against the racing rules of sailing to throw trash over the side and we hope that all competitors in this race will abide by this rule although it is hard to police.  As professional sailors we need to stand up and set an example.  We need to engage the whole sailing community to get involved in data collection for organizations like 5 Gyres and we need to educate about the far reaching effects that a damaged ocean has on life – marine life first and foremost but a polluted ocean ultimately affects all of us sailors and non sailors alike.

So as we push on towards Itaji with our hydrogenerator whirring away and our solar panels backing up the charge we are finding it no trouble at all to leave no carbon footprint and no trail of trash.  So next time you are at sea, near the sea or on the beach just make sure you leave nothing behind that shouldn’t be there.  Trust me the dolphins out here have enough fun playing in the waves they don’t need any ‘dolphin toys’ (floating trash) to play with!

About Team 11th Hour Racing:
British sailor, Hannah Jenner was a member of the winning crew onboard Dorade in the 2013 Transpac and placed 3rd in the 2011 Transat Jacques Vabre.  Long Island, New York native Rob Windsor placed 2nd in the 2011 Atlantic Cup and New York Yacht Club Trans-Atlantic Race. Both have seen the environment change dramatically in their relatively short sailing careers. They recognize that it is their responsibility as sailors to demonstrate good practices and protect the waters they race on so that future generations will be able to enjoy the oceans much like they have.

To build the awareness and raise the profile of environmental challenges within racing, Team 11th Hour Racing are taking on 11 winning solutions that will each contribute to and demonstrate one of the three tenets of their campaign: Cleaner, Faster and Better.  At the conclusion of the 2013 race season Hannah and Rob will embark on a speaking tour to share their experiences and encourage the sailing community to embrace sailing Cleaner, Faster, Better.