The 2014 Club 420 Midwinter Championship was hosted by the US Sailing Center Martin County on February 15-17, 2014, where 92 teams were blessed by the beautiful weather in Jensen Beach, Florida.

The fleet was split into 2 groups to start the event, using a seeding formula based on the Club 420 class Triple Crown standings and Orange Bowl. After the first day of racing the fleet was split using the results of the regatta and a 1,2,2,1 formula.

The three days of racing provided a variety of conditions from 16-20 kts with chop on day 1 to light shifty conditions on day 3. The key was consistency over the 11 race series.

Wiley Rogers and Ian Robinson from Coral Reef Yacht Club were in the hunt after day 1 and then turned on the afterburners on days 2 and 3, winning 5 out of the last 8 races and finishing no worse than 4th in those final 8 races.

The racing was close throughout the regatta; going into the last day Wiley and Ian were tied with Annapolis team Nick Floyd and Lilla Salvesen, who finished second overall. The women’s team of Lucy Wilmot and Mary Claire Kiernan solidified their third overall finish with a convincing win in race 11. The top junior team was Romain Screve and Andrew Person from San Francisco. 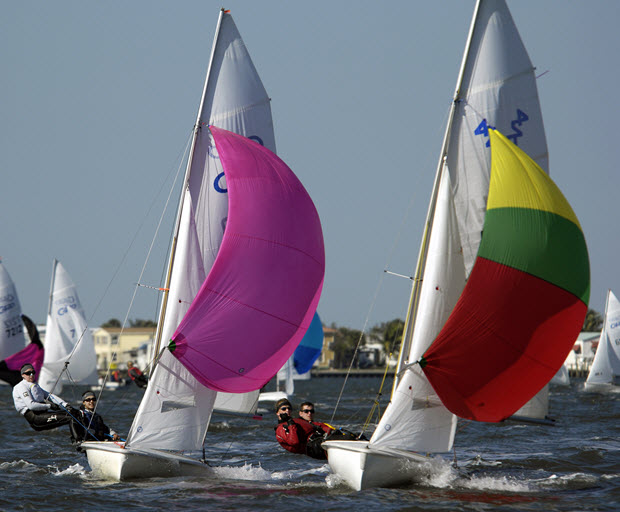