Talamone, Italy (September 17, 2015) – Strong wind was true winner of day 4 at the Snipe Junior World Championship underway in Talamone Tuscany on Thursday. In the morning, the 36 crews from 11 nations were greeted by frothing seas with winds 27 knots gusting to 37 knots from the southeast.

Given the weather conditions, the Race Committee hoisted an initial 2-hour postponement that then became a 5-hour one. Many were impatient to get on the water, as it is possible to discard the worst result after Race 6. With safety first in mind, the Race Committee lowered the postponement flag shortly after 4 p.m. and the young sailors set out towards the racecourse under sunny skies, a 19-21 knot breeze from the east south east and rolling waves.

The start saw most of the fleet head out on starboard tack towards the beach of La Giannella with four crews splitting off to the left hand side of the course, bow on Giglio Island. Up the second beat, the wind increased as did the number of boats capsizing that could always count on ready assistance from the organization with 35 crews competing and 10 ribs helping out in case of need. At the end of the second reach, the wind had increased even more and the Race Committee announced that racing was abandoned for the day at 6.05 p.m.

Back on land, with nobody hurt, a couple of bruises and no real damage participants enjoyed the evening in the local pubs and restaurants set in the walled town of Talamone. Tomorrow last day of racing of the Junior Snipe World Championship with the Prize Giving Ceremony scheduled for 6 p.m.

After five races with no discard, the provisional scoreboard sees Montoya-Cuenca (ESP) in the lead at 19 pts, followed by Meotto-Cassandro (ITA) at 27 points and by Noguera-Vallespir (ESP) in third place at 28 points. 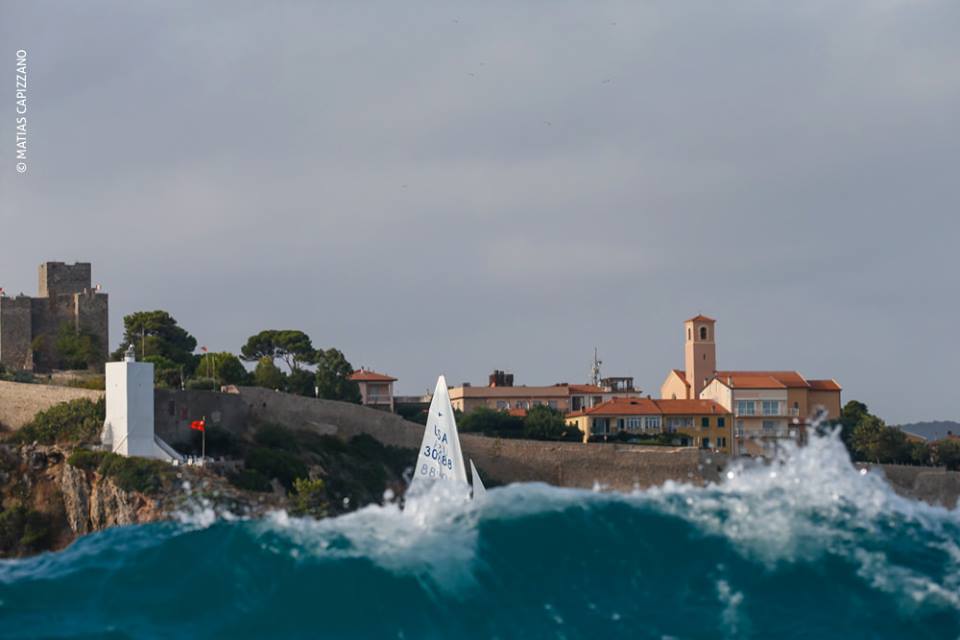 Out of the mouth of babes →