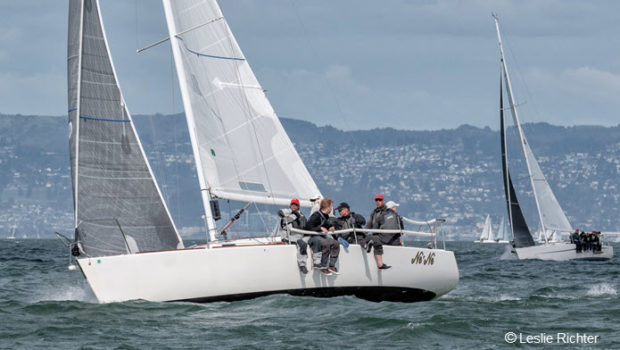 Each year, St. Francis Yacht Club rolls out the red carpet for sailors visiting to compete in the Rolex Big Boat Series, with the 2022 event held September 15-18 in San Francisco, CA. The J/105 Class had the largest fleet with 29 teams, but an incident during the event has had repercussions following the 7-race series.

However, the results were later adjusted, dropping Ne*Ne to last place, with event documents revealing how, on October 25, the Protest Committee conducted a rule 69 hearing to consider misconduct allegations against Ne*Ne owner Timothy Russell and his trimmer Arne Vandenbroucke.

The Protest Committee determined they each committed misconduct during the event, and rescored Ne*Ne to receive DNE in all seven races. More so, the Protest Committee referred their decision to US Sailing and the J/105 Class Association for their consideration/action.

The J/105 Class Executive Committee (EC) met on January 9, 2023 and voted to suspend the Class membership of Timothy Russell for the 2023 calendar year. The incident involved how Russell and Vandenbroucke boarded a competing boat, the J/105 Maverick, at 8:57 pm on September 17 and tampered with the boat’s lifelines.

Video from cameras on the StFYC docks and front door was provided as evidence.

Russell’s Ne*Ne dominated the 2021 J/105 North American Championship held in Annapolis, MD. His San Francisco-based team posted all top-5 scores in the 7-race series to win by 24 points. Ne*Ne finished third in the 2022 North Americans which was held after the Big Boat Series on San Francisco Bay.