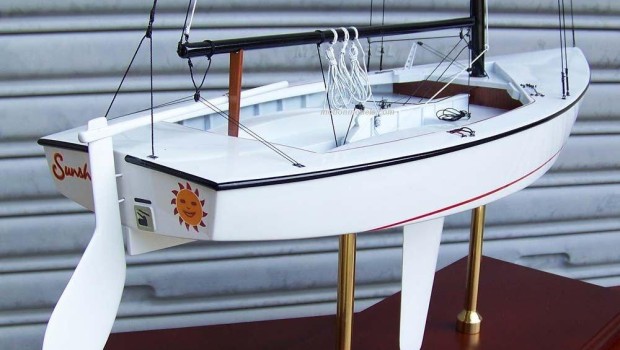 Over 100 boats are expected when the Lightning North Americans get underway next week in Sheboygan, Wisconsin. With participation in the championship having hovered in the 50s for the previous three years, that’s a big bump. However, as event co-chair Bill Faude explains, who is also VP/Marketing for the class, this was the turnout they were expecting….

The Lightning is showing real, measurable strength. We don’t think that strength is surprising, even in this one-design sailing environment where the incredibly shrinking leisure time problem is a challenge we all bang against. We think it’s coming from marketing an interesting, often thrilling boat with a well-run organization that finds ever-better ways to understand its members.

The most important ingredient to the Lightning class is that we’re not afraid to make adjustments to our longstanding traditions if our members think the time has come for change.

Last Spring, we did a trial, reducing our Southern Circuit from three to two venues, after members indicated in a survey that less travel for more racing would stimulate more participation. It did. We increased our participation substantially versus previous year in an environment where other one-designs saw much smaller fleets. Yes, there was a lot of discussion about abandoning tradition…and tradition is VERY important in our Beloved Square Boat, but wooden masts were a tradition too and our move away from those in 1967 has proven to be a success.

The Lightning has just had its most well-attended European Championship in over 15 years in Greece, with the most boats from the host country in more than 20 years. This was a result of lots of effort by our Greek members and a ton of work by folks in the USA who found/ sold/ spruced up competitively-priced boats, and shipped a container to Greece last fall. Every one of those boats was on the water in Greece where they might have been in a storage building over here.

We still have a lot of work to do in expanding the class in Europe, but we’re committed to similarly growing ourselves in Italy and Switzerland. Currently, we’re thriving in South America with a new builder in Brazil, with explosive growth in Chile and renewed interest in Argentina and Columbia. Ecuador is always strong.

This is kind of a secret, but there is also a large fleet of new Lightnings in Lagos, Nigeria and new boats in Sydney too. Shhh!

With regard to the 2014 North American Championship, our Organizing Committee set a goal of 100 boats last September and we’ve been blogging about our regatta prep since then. (Editor’s note: This blog is brilliant. Check it out here: squareboatnas2014.blogspot.com)

We’re pretty unabashed about begging people to come, with both myself and co-chair Todd Wake personally reaching out to invite class members. We wanted them to know that ALL Lightning sailors were welcome and wanted. To ease family logistics, a week long sailing/fun camp for the children of participants is being hosted by Sheboygan Youth Sailing Club.

No doubt we’re taking advantage of a “Perfect Storm” of enticing regatta conditions:

We will NOT declare our goal met until there are 100+ boats on the water at the warning gun of the first qualifying race on August 11.

But with the submission this week of the 100th boat entry and payment, these are exciting times. Registering isn’t sailing…but we’re pretty psyched right now.