US Sailing has released the 2017 schedule for the Olympic Development program (ODP). The schedule outlines 49 training camps and regattas that will play a central role in the ongoing effort to boost American high-performance sailing at the youth level. Soon to enter its third year of operation, the ODP will be active at more events in 2017, and expand the scope of the program to include more classes.

“We are very excited to release this schedule, which will help sailors and their families plan for next year,” said Leandro Spina, US Sailing’s Olympic Development Director. “Our 2017 schedule really underlines the ambitious scope of the program. The list of recommended regattas are already key events for many young athletes, and we look forward to continuing to work with existing classes and institutions to build a stronger youth racing environment in the U.S. Our ODP training camps and travel teams will feature some of the finest coaches in the world, and we’re excited to continue our mission of pairing the hardest-working young sailors with some of the top experts, techniques and technologies available.”

Spina also added that achieving scheduling consistency will be a goal for ODP staff going forward. “We expect that the ODP schedule in 2018 and beyond will look very similar to this 2017 schedule,” said Spina. “Sailors, parents, coaches, school and other youth sailing stakeholders will now have a much better idea of what the program will look like each year.”

About US Sailing’s Olympic Development Program:
US Sailing’s Olympic Development Program (ODP) was launched in January 2015 to lead the progression of the most promising youth sailing talent in the US. Guided by the US Olympic Sailing Committee’s Project Pipeline strategic initiative, the ODP fosters an integrated approach to training in the core development and Olympic classes, and is part of a system to provide the United States with a steady stream of well-prepared sailors. Some of these athletes will go on to represent Team USA at The Olympic Games, and provide the national team with consistent success. The fundamental premise of the ODP is to focus on the critical transition from youth sailing to high performance racing in Olympic classes. The ODP is funded through generous donations by individuals and organizations. The lead gift as well as a matching grant has been provided by the AmericaOne Foundation, and the US Olympic Sailing Program is actively seeking supporters to meet this generous match. For more information on the ODP and the America One Match campaign: www.ussailing.org/olympics 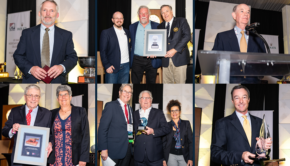