Second act of the Swan 42

Newport, RI (June 11, 2021) – The second act of the Swan 42, as a top ORC competitor, is one of the more intriguing storylines of the 167th edition of the New York Yacht Club Annual Regatta, which starts today with the traditional opening race around Conanicut Island.

The boat was created in 2006 as the New York Yacht Club’s eighth one-design class and as the platform for the biennial Rolex New York Yacht Club Invitational Cup, the premiere global competition for Corinthian sailors. After more than a decade of strong one-design competition, and five editions of the Invitational Cup, the class dwindled in the United States.

“The Swan 42 is a great ORC yacht,” says New York Yacht Club Vice Commodore Paul Zabetakis (Jamestown, RI), one of the founders of the class and the lone remaining original owner in the United States. “This is evidenced by the fact that most sold boats went to Europe where they were converted and successfully raced under the ORC handicap rule. On our first few outings, we have done quite well under ORC.”

At the 2021 ORC European Championships, sailed last month in Capri, Italy, the Swan 42 continued its years-long domination, finishing first, second, third and fifth in Class B.

On this side of the Atlantic, where the rule is just gaining traction, Zabetakis and his Impetuous team took ORC division victories in the 2020 Race Week at Newport presented by Rolex and the 166th Annual Regatta, both of which were sailed in early fall of 2020 due to COVID.

Repeating this year is likely to be more of a challenge with five nearly identical Swan 42s in ORC 3, with some having undergone minor medications to improve performance under ORC.

“Having five 42s together in ORC will be an advantage,” said Kurt Kalberer (New York, NY), who will be skippering Lagertha. “It should allow us to test and tweak our boatspeed against each other, and sail as close to our rating as possible.”

And have fun doing it, which, depending on whom you ask, may be more important.

“I just really enjoy sailing on the Swan 42,” says Zabetakis, preparing for his 15th year racing the boat. “It’s a platform that permits me to still sail with friends with whom I’ve sailed on and off for 30 years.

“I can take several of my core Newport team and mingle good sailors who had been regular crew, but because of distance and family obligations are no longer available for regular sailing. We can get together once a year, have fun, sail aggressively and, most years, do quite well.”

Racing in the 167th edition of the Annual Regatta will start with the traditional lap of Conanicut Island on Friday, June 11. That race is scored separately from the weekend series, which features buoy or point-to-point racing for boats racing in one-design classes and under ORC, PHRF and classic-yacht rating formulas. 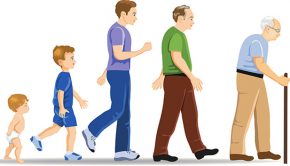