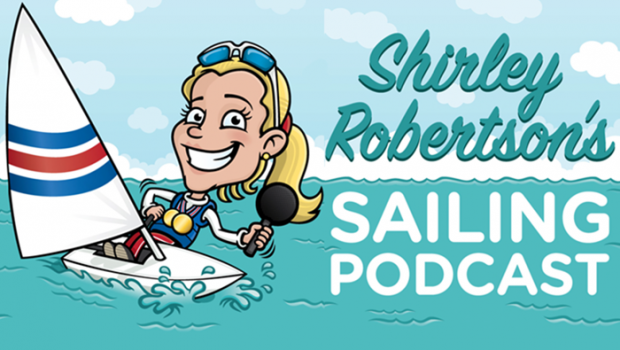 Sitting down with Cup stakeholders

In this edition of Shirley Robertson’s Sailing Podcast, the double Olympic gold medalist Robertson sits down with several of the America’s Cup’s key stakeholders as they discuss the excitement behind the venue selection.

Dalton kicks off the podcast with a discussion about the process itself, highlighting what it was about Barcelona’s bid that saw them come out on top, before inevitably discussing the complicated decision to hold the Cup away from Auckland.

In the one hundred and seventy years of America’s Cup history, a defense away from home waters is a significant rarity, in fact only once, in 2017 (Oracle Team USA defending in Bermuda) has this decision been made without geography being a determining factor (2007 and 2010 saw Swiss team Alinghi defend in Valencia due to lack of open ocean at home in Switzerland).

The decision has faced significant criticism at home in New Zealand but Dalton’s chat with Robertson is very clear – without securing the financial security for the sailing team, a viable defense against such a strong group of Challengers is an impossibility…:

“The team will always be the priority…in saying that though, we want an absolutely amazing event, we’re the Defender, we have a responsibility to that, but the team will always be the priority, and so we can’t take money out of the equation…and the original motive was to put the team in its best financial position to be able to have a chance against amazingly strong teams coming at us, to three-peat,” clarifies Dalton. Robertson discusses several aspects of the decision process with Dalton, as the pair discuss the responsibility of the Defender to continue the legacy of the world’s oldest international sporting trophy.

Robertson, who herself sailed the first of her four Olympic regattas for Team GB at the 1992 Barcelona Olympics, talks to several other key stakeholders in the 37th America’s Cup, including podcast regular Terry Hutchinson, team principal of American Magic, the Challenger representing the original holder of the trophy, the New York Yacht Club.

Hutchinson and his American team are delighted with the venue announcement, and he does not underestimate the significance of the Defender’s decision…

Robertson also talks to Sir Ben Ainslie, team principal from INEOS Britannia, the official Challenger of Record (COR) representing the Royal Yacht Squadron. Ainslie is excited that the Cup will be making a rare appearance in Europe, but is excited for global sailing fans that the Cup is to be held in such an iconic destination.

Ainslie is spearheading a campaign that sees a British Challenger of Record for the first time in over fifty years, and he’s confident that now the venue has been announced, his team can proceed with few distractions. Talking about their position as COR Ainslie tells Robertson…

“Some people would say it’s potentially a distraction…but so far it’s been a really productive process…and of course so far the venue decision, I don’t think you could ask for a better venue anywhere in the world, the protocol, I think is a really positive progressive protocol as is the development of the Class Rule, so I’d like to think we’ve done an OK job so far.”

Ainslie appears in the second part of this two part podcast, along with Robertson’s fellow AC36 broadcast commentator, Ken Read from North Sails, who shares his thoughts on the announcement, before the podcast is wrapped up by Emirates Team New Zealand’s Kevin Shoebridge. As team COO, Shoebridge discusses the impact of the announcement on the sailing team, the opportunities that this decision will bring, and the implications of a defense on waters far from home.