Why I prefer the Buccaneer

Harry Sindle was a designer, boat builder and champion dinghy sailor. In the Flying Dutchman Class he is 6-time US 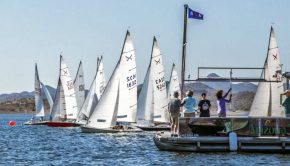 From high winds to no wind, with teams from Maryland, Virginia, Illinois, South Carolina, North Carolina, Alaska, and Arizona, the 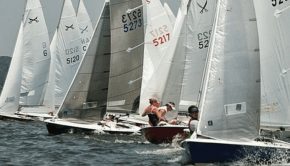 VIDEO: Sharing the love for the Buccaneer 18

The friendly and family oriented Buccaneer 18 class offers social and speed, providing a simple sloop that’s a blast to